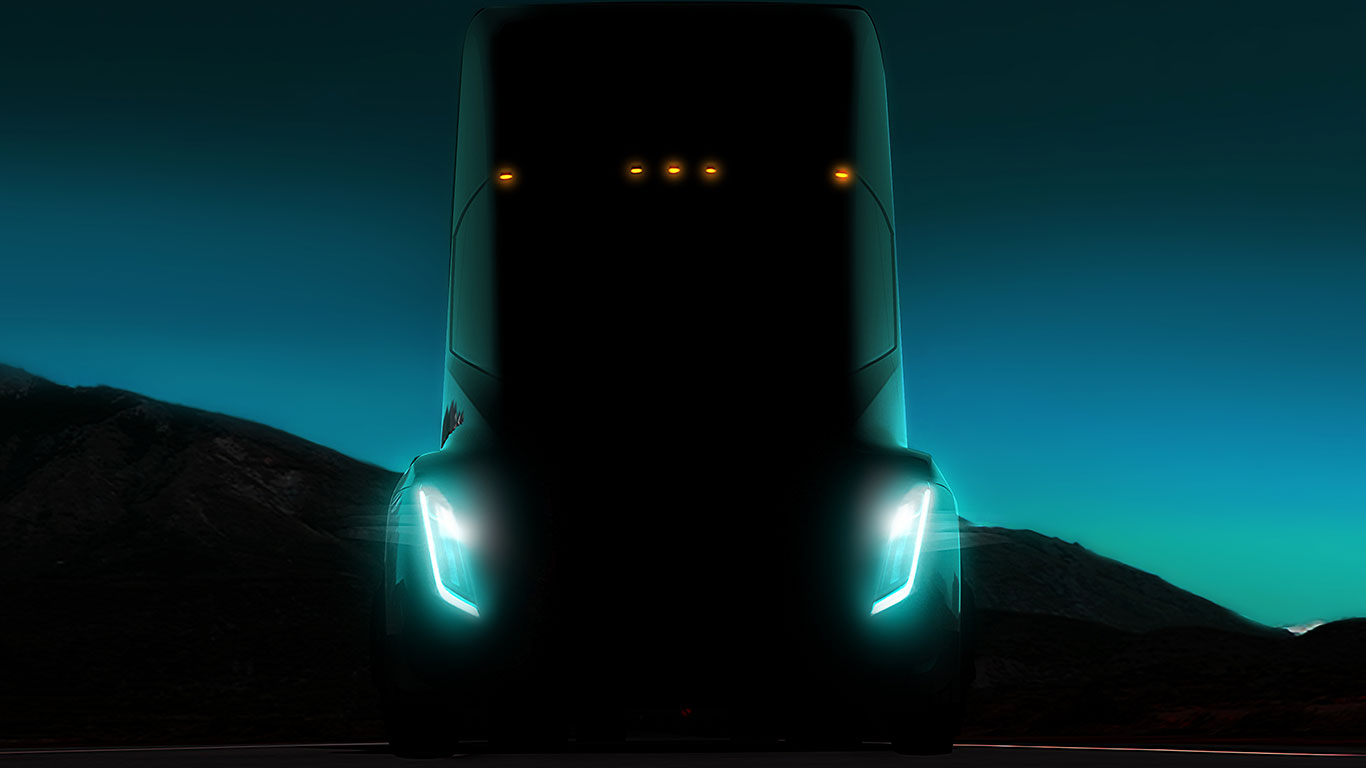 Tesla’s semi electric truck sports sleek looks, does its performance live up to them?

Elon Musk unveiled Telsa’s Semi Truck last night. In addition to its wind-cheating form, Musk says it out performs diesels across the board.

Tesla’s press release on the Semi documents its outstanding performance:

Without a trailer, the Tesla Semi achieves 0-60 mph in five seconds, compared to 15 seconds in a comparable diesel truck. It does 0-60 mph in 20 seconds with a full 80,000-pound load, a task that takes a diesel truck about a minute. Most notably for truck drivers and other travelers on the road, it climbs 5% grades at a steady 65 mph, whereas a diesel truck maxes out at 45 mph on a 5% grade. The Tesla Semi requires no shifting or clutching for smooth acceleration and deceleration, and its regenerative braking recovers 98% of kinetic energy to the battery, giving it a basically infinite brake life. Overall, the Semi is more responsive, covers more miles than a diesel truck in the same amount of time, and more safely integrates with passenger car traffic. (Source: Tesla.com)

If the Tesla Semi lives up to these claims, it will be an impressive vehicle. And if the economic claims hold up, I expect it will trigger a major shift from gas-powered freight trucks to electric, at least for short haul lanes. When the truck hits the road, and has to perform in real world conditions, we’ll find out just how good it is.

While faster more efficient forms of transportation are a huge advantage to businesses trying to cut costs and improve service to customers, we shouldn’t forget that the whole purpose of transportation is to move the goods to where they are wanted. So while companies look to better forms of transportation, they should pay equal attention, if not more, to managing their supply networks. Otherwise they’ll just be moving goods to the wrong place, faster.