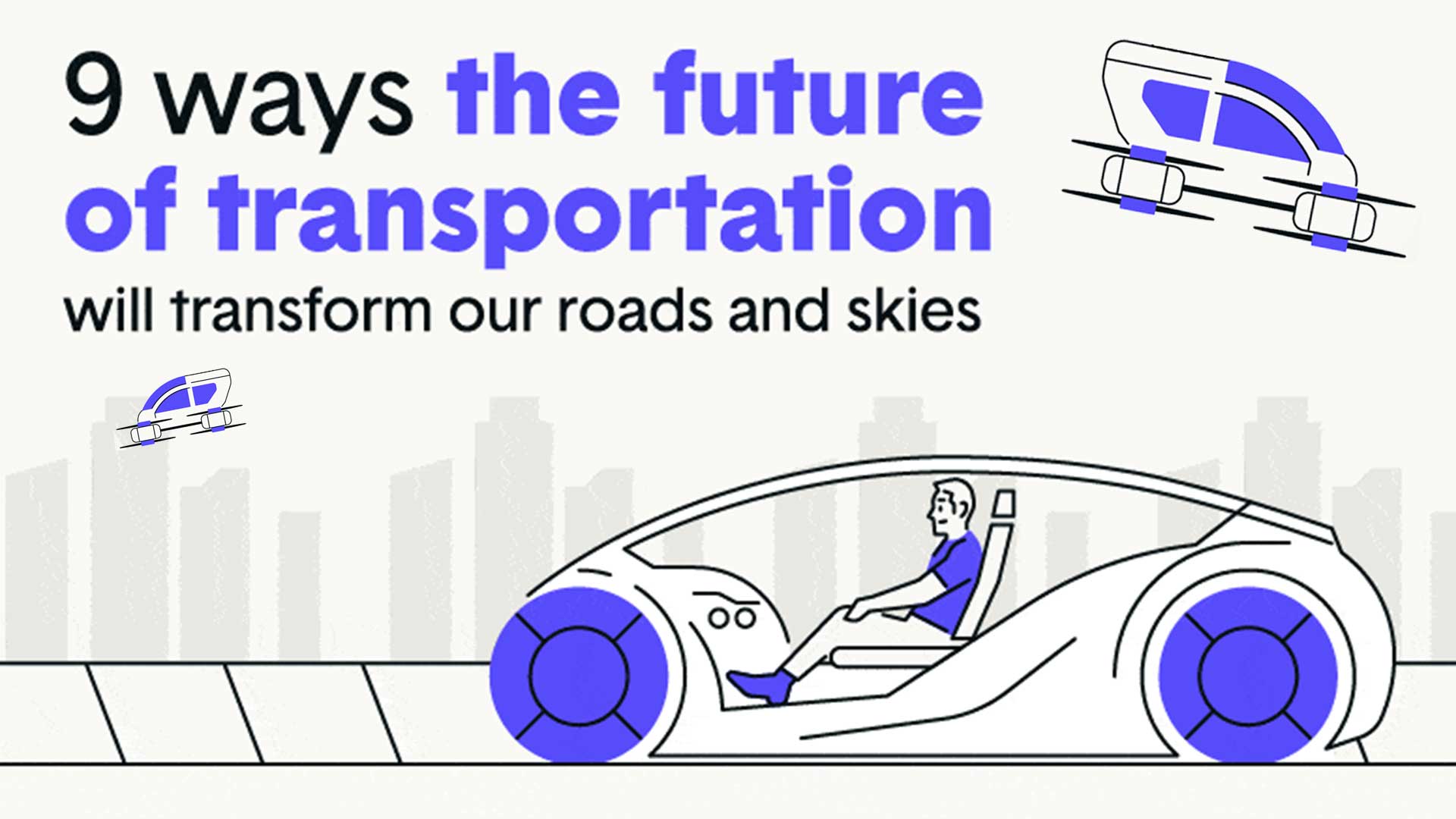 Transportation technology is about to change the way people and freight move.

Transportation is bringing cutting edge technology to our roads, seas, and skies. And this has major impacts on the logistics and freight industries, as the way and speed at which we transport goods continues to evolve.

Along with these tech innovations come ethical questions and concerns over autonomous systems replacing human workers. After all, what will happen to cargo workers when autonomous cargo ships eliminate the need for crew members to be on board during transit? Driverless cars and trucks will impact truck drivers, with one study estimating that as many as 294,000 driving positions could be eliminated over the next 25 years.

The Future of Transportation - an infographic on how people and freight will move in the near future... @TheZebraCo Click To Tweet

High-speed trains that operate using magnetic levitation from powerful electromagnets are already operating in Asia, and the first maglev train in the U.S. could be operating for public use as early as this year. In addition to being safer and timelier than traditional trains, they also encounter less delays due to weather and mechanics.

While the future of maglev for public use is almost a certainty, it’s impact on freight is less clear. Logistically and economically, it’s a nightmare for cities to completely rebuild their railway system, so many have opted instead to update their current lines rather than adapt for maglev. Maglev is not cheap, with a line project operating from Tokyo to Osaka expected to cost a whopping 49 billion or more.

The Federal Aviation Administration (FAA) recently issued guidelines and certifications for Unmanned Aircraft Systems (UAS) that include commercial operators of drones up to 55 lbs.  They also recently approved UPS drone delivery for prescription medications, which signals that the FAA is finally warming up to the idea of full-scale commercial drone deliveries.

Drone technology is already proven to work effectively, but it does pose privacy and safety risks. Long-term reliability will need to be proven before the FAA makes these flying robots “type certified” for widespread use. If and when they do become “type certified”, the technology should reduce road congestion and traffic fatalities by taking delivery drivers off the road.

The Power of Telematics in Supply Chain Management

Telematics works as the “GPS” for Your Supply Chain – providing the precise tracking of orders to improve customer service levels, and lower transportation costs. | Register Now

Autonomous vehicles also promise to make our roads safer using artificial intelligence, telematics, and robotic technology. This technology is advancing rapidly, and is just a few regulatory steps away from becoming mainstream. Tesla, Audi, Uber, and Volkswagen’s driverless technologies are already making headlines (both good and bad) on the road.

Driverless trucks are a controversial topic in the freight industry today. The US trucking industry accounts for more than 5% of all full-time jobs in the U.S. Walmart alone employs more than 8,600 truck drivers.

Because autonomous trucks could replace human drivers with robotic technology, these driverless delivery trucks will likely eliminate thousands of U.S. jobs. However, many experts don’t think  autonomous trucks will be in widespread use due to concerns over insurance and liability. After all, who is at fault if a driverless truck crashes? Is it the company’s car insurance, or is it the truck manufacturer? Many of these issues still need to be hammered out before driverless freight becomes mainstream.

Elon Musk’s The Boring Company hopes to reduce traffic congestion using a series of underground tunnels in cities across the U.S. and the world. The technology wants to make roads 3D and weather-proof by lowering cars underground on a metal trolley-like platform and sending them at high speeds to other destinations.

While the company believes it can do this cost-effectively, there are some big questions concerning infrastructure and logistics that need to be resolved. If these tunnels, currently being prototyped in L.A., do become a reality, it could mean more efficient logistics and deliveries in high density and congested areas.

Another transportation concept from visionary Elon Musk is the Hyperloop. This transportation tube could run freight through a depressurized tube at speeds of 600 mph or more. Some freight industry experts believe it could be faster and cheaper than air transport, which is why DP World Cargospeed is investing big in the technology and hopes to have it in operation in 2021.

Cars, trucks, and trains aren’t the only thing getting smarter: so are our roadways. Smart roads hope to improve the safety of road travel by using highways studded with sensors to alert drivers of a crash nearby. It would also communicate weather occurrences and delays in real time.

Smart roads could improve the safety of drivers and cargo, as more than 70% of all goods are transported via trucks in the U.S. They could also help optimize transportation routes as roads relay information to vehicles about congestion, delays and accidents. This will help speed up deliveries and cut transportation costs.

Did you know that between 75% and 96% of maritime accidents are caused by human error? Autonomous ships hope to reduce those accidents while increasing efficiency and delivery speed in our waterways. It will also reduce eliminate crew-related costs. As with driverless car, truck, and drone delivery technology, human jobs in these fields are threatened with the introduction of this autonomous technology.

Before autonomous ships become a mainstream reality, international laws will need to be reevaluated to ensure safety and update regulations to accommodate autonomous operations. The current lack of research will likely delay the widespread adoption of autonomous ships, so driverless cars will likely be the first mode of transportation to go autonomous.

While some have concerns about the future of transportation technology, the benefits are obvious and important to highlight. These technologies promise to improve safety on land, in the air and on water, while providing more efficient and eco-friendly alternatives to traditional transportation.

Infographic: The Future of Transportation Technology

The Future of Transportation Technology courtesy of  The Zebra. 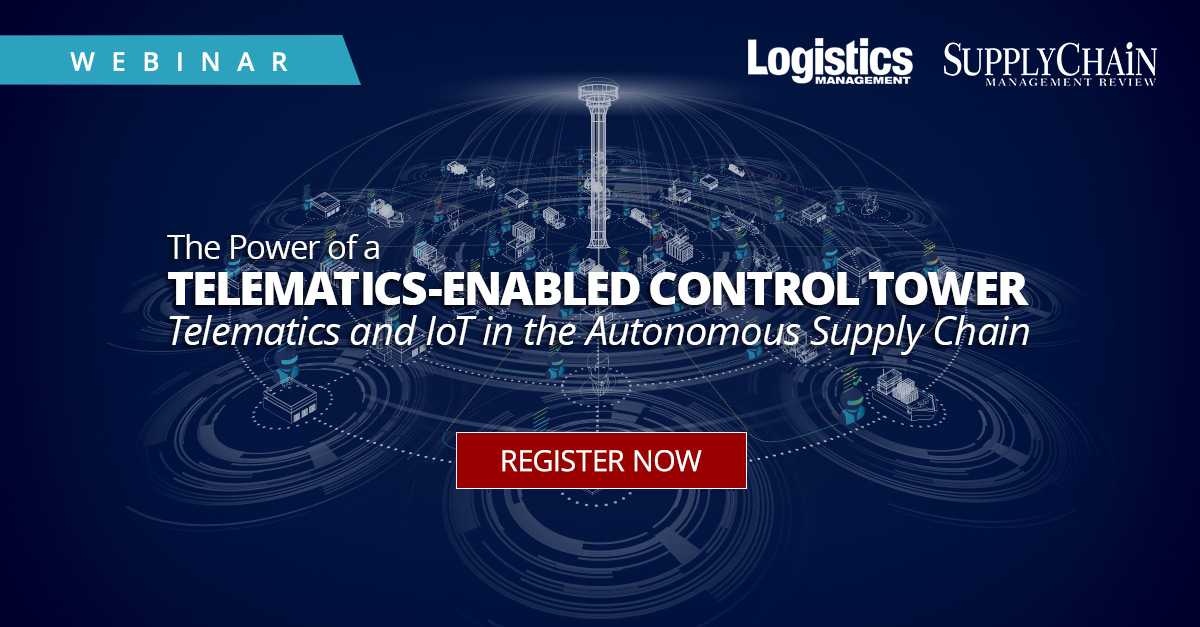