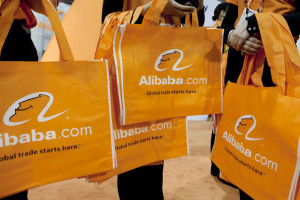 I’ve been reading a lot of articles lately that toss around Alibaba IPO numbers. There are so many variables and this is really a big deal. (I have never tried to sell $20+ billion of stock—but it can’t be easy.) Given the many variables, I’d like to present the ranges I believe are reasonable for the Alibaba IPO, as well as the emotions and significance of these numbers (which is maybe even more important than the numbers).

Of course, I am not an employee of Alibaba, I don’t own stock in Alibaba, and I have never done consulting work for Alibaba. But I am a CEO of a supply chain consulting and implementation firm that does a lot of retail and consumer products consulting. I am student of Alibaba and I have conducted extensive research on the company, its founder Jack Ma, and its past, present, and future. Watch my video The Alibaba Effect to learn more about the Alibaba phenomenon.

Let’s look at the IPO share price and cash raised first. I believe the Alibaba IPO share price will be between $60-$70 and that the IPO cash raised will be between $20-$25 billion. To be the largest IPO ever in the world, Alibaba needs to raise more than the $22.1 billion that was raised by the Agriculture Bank of China, Ltd. in 2010. To be the largest in the U.S., Alibaba needs to raise more than $19.96 billion raised by Visa in 2008 (Facebook was only $16 billion in 2012). The Alibaba team will be conducting 100 meetings globally over the next ten days, and the result of these meetings will affect where Alibaba will land in these ranges.

I believe the valuation range for Alibaba’s IPO will be between $155-$170 billion. A fun side note: Amazon’s current valuation is $160 billion, and Alibaba may think it would be cool to be valued at more than Amazon. My view of today’s actual current valuation is $190-$220 billion. So why would Alibaba position its IPO at a valuation lower than the actual valuation? Good question. The reason is because Alibaba has unique IPO objectives. Alibaba is not going public to raise cash. Alibaba’s objectives are to:

Are you wondering if going with a conservative valuation makes Alibaba shares a good deal? Yes—I believe buying Alibaba stock is a very good deal. (But hey, that’s just me.)