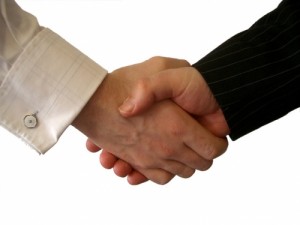 I really enjoyed reading the last two posts from Mike Doherty and Jeff Harrop of Demand Clarity, “Wear your blunders with pride”, and “Forgetting what works”. Both posts address how to instill in an organization a culture or, even more challenging, in an entire supply chain, a culture that is receptive to change and innovation. As CMO of a technology company that approaches and solves supply chain problems  in revolutionary new ways , I find this topic  especially interesting.

I had a fairly strong  reaction to this remark:

If an idea comes along that doesn’t conform to the way you’ve built your box, far too often your first instinct is to dig in your heels and resist.

This is an all-too-common response to new ideas that quite often is expressed by one or more people who like to play  “Devil’s Advocate.”  We all know the type.  They’re folks who react immediately to almost any new idea by explaining (often pompously and in great detail) why the idea won’t work, why it will fail, or just how silly and naïve it is.   Their comments generally are posed as the result of deep experience and acquired wisdom; but too often are a thinly veiled effort to demonstrate intellectual superiority or defend some personal “turf.”

All of this puts me in mind of a conversation I had many years ago with my first marketing mentor, who was one of the wisest people I know.  He pointed out that a much more productive response is to act as an “Angel’s Advocate.”  As the term implies, this is exactly the opposite of the behavior I’ve just described.  In fact, as my mentor pointed out, a really good Angel’s Advocate refuses to consider anything that might be wrong with a new idea until he/ she has considered everything that might possibly be right about it.  In the process many, and often all, of the reasons an idea might fail are addressed and dismissed, or fade into insignificance.

Now,  Angel’s Advocacy is much more difficult than its  counterpart.   As my mentor observed, anyone can play Devils’ Advocate.  It requires little knowledge and less thought to throw rocks at someone else’s idea.  By contrast, Angel’s Advocacy requires intellectual commitment and real critical thinking.

Consider that for virtually all of human history, “everyone” knew that we were incapable of flight. Or perhaps many of you remember the comic strip detective Dick Tracy, who’s two way wrist radio was considered by “everyone” to be an impossible fantasy.  Untold numbers of people could regale any listener with all of the reasons these inventions would never would come to pass.  Yet, there clearly were a few Angel’s Advocates who took the opposite tack.  They kept working on the notion that humans could fly, and  that we could communicate via tiny electronic devices.  Now, flight and wireless communication are so ubiquitous that we no longer even think about what might have prevented them.

So how does this relate to supply chain?  Well, everyone “knew” it is impossible to predict with any real precision the demand of individual CPG products in specific stores on specific dates.  There are just too many variables and vagaries.  Yet my former business associate Dr. Hau Lee accomplished that feat in the mid- 1990’s, thereby proving wrong all of those folks who were just too lazy or self-absorbed to think through the challenges.

Likewise, everyone “knows” it’s impossible to achieve theoretical minimum inventory levels across multi-echelon supply chains.  The Devil’s Advocates “know” there’s no way to overcome the effects of demand, supply and logistics variabilities, because it’s impossible to react quickly enough, and  because the required information just can’t be made available on a timely basis to the folks who need to react.

Well, “everyone” is being proven wrong, … again!   Our company, One Network, delivers an all new, cloud-based approach to overcoming these critical variabilites.  It’s called the Real Time Value Network.   This network essentially scans entire supply chains (from customers to raw material suppliers) and continually monitors demand and supply. When deviations from plans are identified, the network automatically determines whether they are consequential deviations  If they are, the network then determines automatically all the possible adjustments that might possibly be made to correct the deviations, calculates the effects of each alternative, and alerts the affected parties the preferred solution.

It sounds like science fiction.  But it’s fact.  It works!   Of course, most people are skeptics, doubters.  That’s why, whenever I introduce our technology to any group, I try to identify the Angel’s Advocate in the room and make sure their voices are heard.  Usually that’s what it takes to break through the skepticism and doubt, and help folks understand that we’re moving the supply chain world a long-overdue leap forward.

“You see things and you say, ‘Why?’ But I dream things what never were and I say, ‘Why not?

Though he likely never heard the term, Shaw was an Angel’s Advocate  Are you?   Your company, suppliers and customers might just benefit if you were to become one.