The MV Tricolor is perhaps the unluckiest cargo ship in recent memory. It was not enough that she sank, she continued to suffer indignity while she lay submerged in the shallow waters of the English Channel.

The Tricolor is the unluckiest cargo ship in recent memory, but she was also the center of an incredible feat... Click To Tweet

It is what happened next though, that is truly remarkable. Luckily, it was all captured on film so you can see how it unfolded. I’m talking about the resurrection of The Tricolor. But I’ll get to that in a bit. Here’s how this unfortunate event unfolded…

The Sinking of The Tricolor 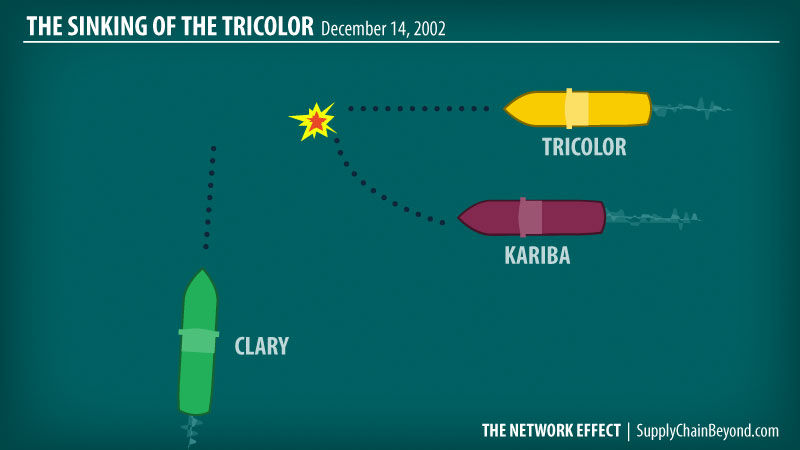 About 20 miles north of the French coast near Dunkirk, on a foggy night on December 14 2002, The Tricolor was cruising westward on its way to Southampton England from Zeebrugge Belgium. The Tricolor was a car carrier and was loaded with a precious cargo of almost 3000 European cars.

The Tricolor was coming up on Kariba, a Bahamian container ship, also heading west and was about to pass it on the starboard side.

Had it just been The Tricolor and Kariba, they probably would have passed quietly in the night. Unfortunately, on the port side and heading north was Clary.

Kariba, preoccupied with avoiding a collision with Clary, turned to starboard. It was only then that the lights of the doomed Tricolor emerged from the fog and Kariba struck her, ramming the port beam.

The Tricolor capsized and sank within 30 minutes… along with 2,871 BMW’s Saab’s and Volvos, worth $100 million. Fortunately the entire crew of The Tricolor were able to evacuate the ship and survived.

Kariba was able to continue to port. Clary ignored distress signals and sailed on.

A Hidden Threat to Traffic

The Tricolor lay submerged in the shallow waters of the English Channel, one of the busiest shipping lanes in the world.

The site of the wreck was guarded by three vessels, a lighted buoy and radio signals. Despite those precautions, the Dutch ship Nicola managed to ram the wreck the following night. She had to be towed free.

Two more patrol ships were assigned to watch over the wreck and six more buoys were added to the site. Still not enough… The Turkish fuel carrier Vicky somehow failed to heed the warnings and skidded to a halt, stranded  on the submerged wreck. The rising tide finally freed her.

The wreck would have to be removed.

The Resurrection and Recycling of The Tricolor

It was after this sad series of events that things took a turn for the better. The Tricolor was involved in a feat of spectacular engineering ingenuity. 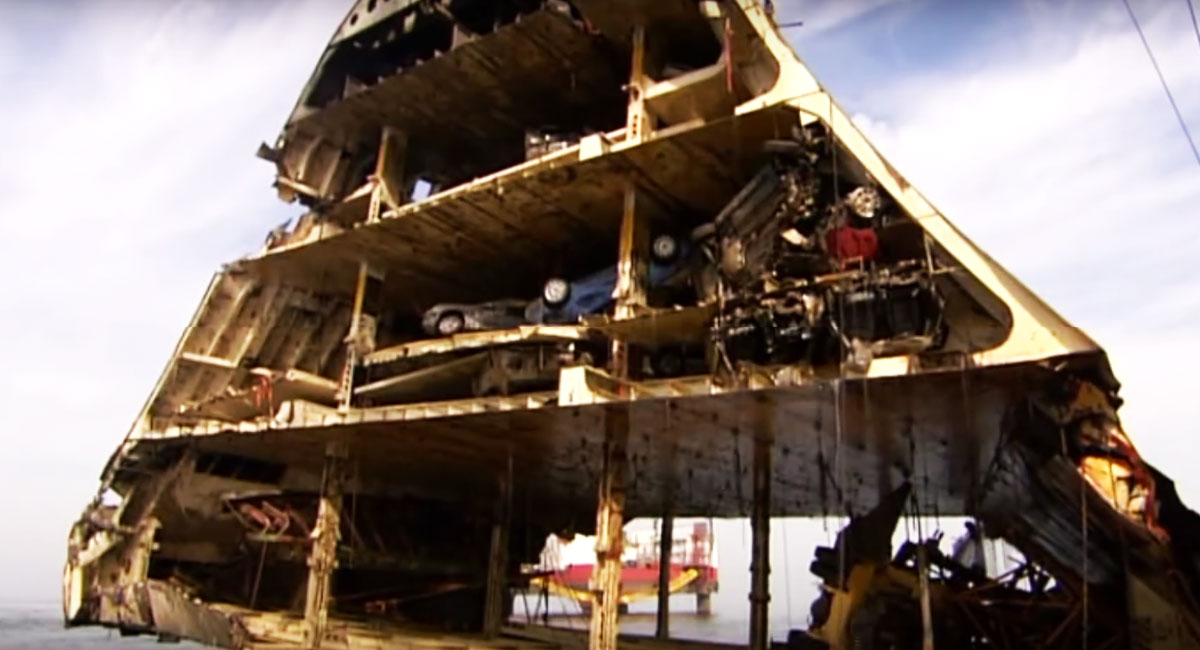 The video below documents the incredible story of the salvaging of the Tricolor.