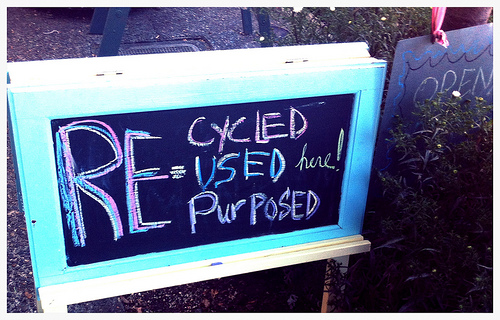 It’s 1946 and a young Lee Iacocca finishes engineering school and joins Ford Motor Company – at the time, one the most prestigious companies in the world.

Lee’s a hard worker, and the only thing bigger than his bravado is the number of ideas mulling around in his head. Early in his career he’s chosen as one of Ford’s ten “whiz kids”.

Lee brings countless suggestions and ideas to his boss, only to hear that same question asked. ”Where has that worked before?”

“The secret to successful innovation is to import a tested and reliable idea or concept into a business situation where it has never been used.”

Iacocca credits his boss as being the man responsible for all his successes. Success that include the introduction of the Ford Mustang and the Lincoln Continental, to name two.

Iacocca learned from his boss a fundamental lesson: if an idea is truly innovative, you’ll find examples of its successful implementation scattered throughout history.

The secret to successful innovation is to import a tested and reliable idea or concept into a business situation where it has never been used.

Ford Motor Company and specifically Henry Ford understood this.  Where did Ford get the idea of the production line?  By observing workers in a meat processing plant in Chicago.  They moved the carcass from one person to the next, each performing a specific task.  BOOM!  The birth of the manufacturing production line.

Almost everyone working in supply chain has heard of Distribution Resource Planning (DRP). Did you ever wonder where idea for DRP came from?  Well, from repurposing another concept.  That’s when, back in the 1970’s, a young Andre Martin learned about the concept of a bill of material – a simple idea to calculate components and parts needed to produce a product.

Andre was struggling with how to better manage the flow of inventories between his distribution centres and factories.  When he saw the BOM concept he got to thinking.  Couldn’t he flip the concept and use it to calculate a bill of distribution?  Sure he could.  He repurposed the BOM idea and the rest is history.

A number of colleagues and business associates have complimented us on the Flowcasting process.  Many refer to it as simple and elegant.  Take a POS forecast, by item, by store and effortlessly transform it, apply simply calculations to it, until it speaks the language of the supply chain.

But the idea is not quite so brilliant and we’ve seen this movie before.  Frankly it’s an extension of the idea of Distribution Resource Planning (DRP).  The idea has been repurposed to extend the thinking and the logic to the store.

While it’s nice to hear people refer to Flowcasting as a breakthrough innovation and to us as innovators, you and I know the truth.