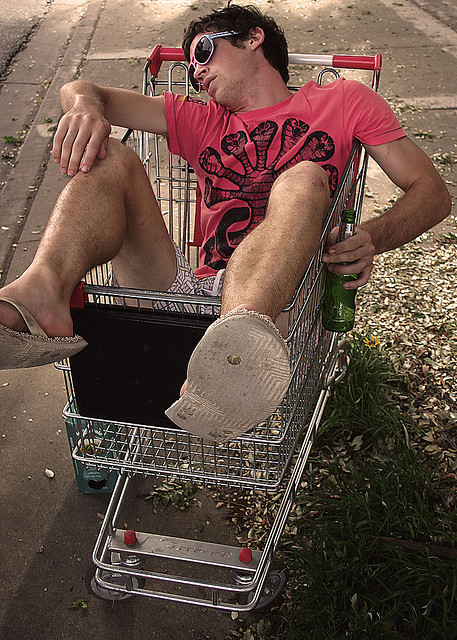 “The chains of habit are too weak to be felt until they are too strong to be broken.”  – Samuel Johnson

It’s 1934 and in a dark, dingy basement on the lower east side of New York, a fundamental principle of change management would emerge, from the unlikeliest of sources.

Sitting in the basement was 39 year old Bob Wilson.  Wilson was an army machine gun operator and had recently returned home from missions in Europe.  During the war Bob experienced many things including something that would change his life, and alter the thinking of change management.

That thing was alcohol.

Back from Europe, penniless and with a failing marriage, Bob was consuming 3 bottles of booze a day.  Bob Wilson was an alcoholic.

After struggling with his addiction, Bob eventually checked himself into the Charles B. Towns Hospital for Drug and Alcohol Addictions. One of the prescribed drugs at the time was a hallucinogenic, call belladonna and Bob was receiving daily doses.

During doses Wilson floated in and out of consciousness and it was during these states of suspended animation that Bob would begin to formulate the most successful, and insightful change management program ever developed.

During the next 36 years, until he passed away in 1971, Bob would found, build and instill the most successful change management program ever developed – the famous 12-step program of Alcoholics Anonymous (AA).  AA helps an estimated 2 million people each year and has changed the habits and lives of literally 10’s of millions of people.

So, what does Alcoholics Anonymous have to do with Flowcasting or any new process/technology change?

As it turns out, just about everything.

Today, Retail Supply Chain Planners are alcoholics of a different ilk.  It’s not booze they are addicted too, it’s the order – the purchase and transfer order.

It seems like since the beginning of civilization, retail supply chain planners have been focused on ordering product.  In fact, in retail, today the vast percentage of products are ordered using manual processes, usually originating from a spreadsheet or a collection of spreadsheets merged together.

But with the introduction of a planning process and technology like Flowcasting, the ordering process is essentially automatic, with little or no human intervention.  Products are planned, in a time-phased manner, over a long planning horizon and when they reach the lead time, are systematically converted to an order.

Simple, right?  On paper, yes. In practice, not at all.

Retail planners, like Bob, have become intoxicated with ordering.  Sure, they nod their heads and realize that if they do a reasonable job of planning demand, then the order takes care of itself.

Bob also knew that drinking 3 bottles a day was stupid – yet did it – day after day after day.  It became a habit, just like manual ordering today.

Of course some technology vendors have added to the misery.  “Optimize the order, they say”, as if that’s gonna help an addict at all. I’ve got a better idea…how about we don’t and say we did.

In a Flowcasting world, the planned orders are always recalibrating and molding themselves to the will of the customer, and sometimes get automatically consolidated to meet a vendor constraint. But they are ordered without anyone touching the bottle.  There is no need to optimize – just go with the flow!

Bob was able to change his life and the lives of millions of other folks by developing a methodology to attack, address and change these habits.  His 12-step program is not only famous, but delivers.

A slightly less famous, but equally effective, approach is the methodology we’ve honed over the years to help companies change their planning habits.  Specifically, the order drunkenness that prevails in retail.

Much like AA, our approach puts a huge emphasis and commitment on teaching, designing, and coaching.  The focus is squarely where it needs to be – on people.

70-75% of our time is spent helping people change habits and focus on ingraining new thinking and instilling timeless planning principles.

It’s not just about presenting a powerpoint deck listing the Flowcasting principles.  It’s about using those principles to help the team design a new world – not just for demand & replenishment planning, but for all the processes and scenarios that integrate with them.

Over time, like the slow drip of a leaky faucet, the ideas and concepts are instilled in the design and, more importantly, in the minds of the project team members.  Slowly, but surely people change how they think and, ultimately, how they behave. In short, their habits.

And isn’t that what change is all about?

Over the years, I’ve learned a lot from alcoholics like Bob Wilson.

Maybe you can too!