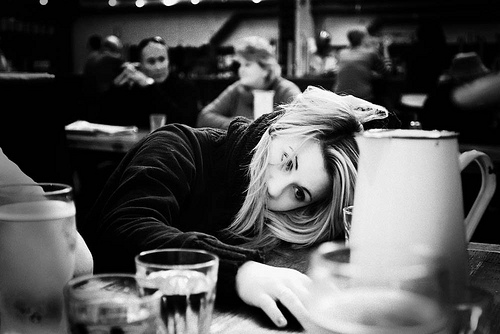 Chances are, you’re not and that’s a problem.

As a society we’ve won the battle against boredom.

You probably have a smartphone in your pocket, maybe a game console in your den, perhaps a Kindle or iPad in your briefcase.  Congratulations, you’ll never suffer a minute without stimulation. Yippee!

Here’s the problem. Experts say our brains need boredom so we can let our minds wander and be creative. I think they’re right. If you’re like me, then your best ideas always seem to bubble up when you’re bored and lacking outside stimulation.

Being bored is, actually, the critical factor in creativity – whether that’s for folks like us who need to develop new supply chain models or solutions, or anyone working in a creative endeavor.

Boredom allows the mind time to wander.  And a wandering mind is not only a beautiful thing, but also a brilliant and productive thing.  It allows you, subconsciously, to make connections and to reuse ideas and concepts in new and novel ways.

William Shakespeare is widely considered the greatest writer of all time and Romeo and Juliet is one of his finest works. But Bill didn’t create those characters of out the blue. He got the idea for the play from a 3000-line poem by Arthur Brooke, published 30 years earlier.  He got the idea because he was bored and his mind wandered and made a connection.

Henry Ford became the world’s first billionaire by making the connection and applying the idea of the overhead disassembly line of a meat packing plant to create the Detroit assembly line of the Model T.

Steve Jobs used his boredom and wandering mind and followed the lead of Nike.  Instead of focusing his advertisements on their products, he turned the lens toward the people who would buy Apple products. As a result of making this connection, he was able to deposit 11 billion dollars into his pocket.

Bill Walsh is rightfully considered one of the greatest football coaches of all time and the genius behind the west coast offense.  Do you know how Bill developed the idea?

The seeds of the idea of the west coast offense came from watching high school basketball.  Bill was fascinated by not only the full court press, but how this high school team could regularly beat the press.  One day, doing nothing in particular, it came to him.  The screens, pick and roll, and short crisp passes were able to beat the full court press in basketball.  Couldn’t that thinking also be used to beat football defenses?

For us supply chain planners, the ideas and concepts of Flowcasting are, in reality, the repurposing of ideas and concepts from manufacturing.  They stemmed from boredom and someone letting things “soak” in their minds and then asking some questions and making connections.

After all, if time phased planning works at a manufacturing or distribution facility, why would it not work at the store?

It appears that Solomon was right. “There is nothing new under the sun.”

If you want to be creative, develop new models and solutions then you need to repurpose the proven. That is, find a successful pattern from somewhere else and use it as a blueprint.

For that to happen, you need to be bored.  You need to let your mind wander – give it “soak time”, free from the endless drivel and distractions it is currently served.  Give it time to make connections.

It worked for Shakespeare, Ford, Jobs and Walsh and it will work for you too.

So, shut off your cell phone, put down that iPad, close your Kindle reader and do the following: absolutely nothing.

And then, be brilliant.