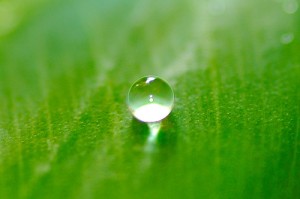 Striving for simplicity is something that no one would argue with.  Especially when you’re trying to plan the retail supply chain, where products, facilities (including stores, of course!) and suppliers total not in the hundreds but in the thousands. The sheer number of combinations makes the problem difficult enough. If you also add unnecessary complexity into the mix, you can find yourself in real trouble.

Great thinkers understand and embrace the power of simplicity. Take Albert Einstein. He was a pretty bright guy by anyone’s yardstick. His philosophy: “All great ideas are simple”.

In supply chain planning, Andre Martin and the late Oliver Wight are the equivalents of Einstein. They are widely attributed with saying: “The ultimate in sophistication is simplicity itself”. But can you really “hear” simplicity?

Yes. If you’re a good listener. Have you ever been involved in designing something new? Either a new process or a new solution to a problem you’ve been having in your business. In design sessions, a number of issues arise and you don’t seem to have a good answer. Been there, right?

So what ends up happening? Generally, more detail is added to the solution to fill the gaps –to try to account for all possible combinations, every possible scenario. In short, to add complexity. And how does it sound when you’re done? Messy and convoluted, no doubt. As you’re asked questions about your solution, things become difficult to explain. You’re always adding special details or “logic on the side” to deal with specific circumstances. It may be a special system or a special process outside the intended one.

Nowhere is this more prevalent than in the supply chain planning arena. Maybe you’ll plan the fast selling items this way, then the slower sellers a different way, then the really slow sellers using yet another method. Once you start down this road, every situation seems “special” in its own way and deserving of its own special process to deal with the differences. And on and on it continues.

Guess what? You’re hearing simplicity (or, in this case, the lack thereof). If you need all kinds of special logic or flags or add-ons, then you have not simplified enough. And yes, you can hear that. If it sounds complicated, it is complicated. Period.  And complication leads to difficulty in implementing and managing the solution.

Simplicity in process design breeds simplicity in the computer systems that are deployed to support the process. Oliver Wight penned a series of truths about the supply chain known informally as “Wight’s Laws”. Wight’s 55th Law states that “Poor systems breed more systems”. So what’s a poor system? Basically, it’s a poor process that’s been automated.

Again, looking at supporting systems can help you hear simplicity. If the systems are simple, generally they’re easy to maintain and change. You’ll hear that loud and clear when your I.T. folks tell you that changing/updating will be quick and painless (both from a time and cost perspective). Did you hear that? Listen carefully – it’s the sound of simplicity.

We were working with one company where, to put it bluntly, the sound of simplicity is virtually inaudible over the screams of complexity. We had suggested adding a data field to the existing system. This small change could have helped the process enormously.

After studying the suggestion, it was determined that it would take several person months and about a million bucks in I.T. cost to make this change – largely because of the large number of undocumented “systems on the side” that could potentially be affected. Needless to say, we nearly choked. Doesn’t sound too simple, right?

How then, do you “keep it simple, stupid” (to quote the famous KISS principle)? Start by questioning why. The most important tool in the simpleton’s toolk it is the often neglected 3-letter word “why?”

Master asking “why?” Keep asking until a problem is defined in its most naked sense. In most cases you’ll reach a point of no return. A point where no one can explain why (in our experience, it takes fewer than 5 “whys” to get to the root cause of a problem). Now pounce! Hone in on this point, as it’s usually where you can find an opportunity to
simplify things greatly.

We were working to redesign how a large retailer planned product flow from supplier to consumer. Progress had been made. We were convinced that a supplier should not forecast future product needs. Our process would constantly provide that to them – to help them plan in order to ensure supply.

One of the folks on the team was an accountant by trade and a dog trainer by love. If you’ve ever trained a dog you know that it takes patience. And you’ve got to get good at asking why. Why’d he do that? Why’s he barking? Why’s he doing the dog equivalent of giving me the finger?

Luckily, she used the same approach on our project. One day she asked the zinger, “Why not do the same thing between the store and DC that we’re planning to do between the DC and manufacturer?” At first, she was ignored. She asked again. And again (see, the dog-training experience in action!).

Sometimes it’s not easy to make the sound of simplicity heard over the cacophony of complexity! But no one had a good answer to her question.

A breakthrough in the design! All from a simple question, asked over and over again. From this simple question the team revised its thinking and process design. And guess what?

From that moment came the initial seeds of the idea that is now becoming known as Flowcasting.

What’s that? A way to simplify retail supply chain planning. To see more check out the
following link:

Explaining the design was simple. It worked in virtually every situation imaginable. You didn’t need special logic to deal with different business situations – the sweet sound of simplicity!

Can you hear the simplicity?