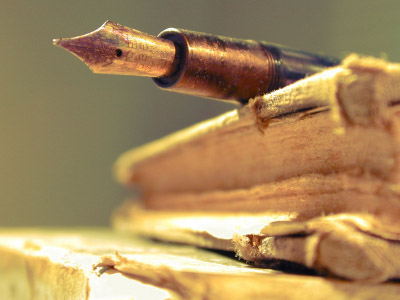 Have you ever had a great idea yet, for some reason, you never made it happen? Doesn’t that bug the hell out of you?

Every day, tons of new ideas migrate into people’s child-like, eggshell minds. If you had a quarter for every good idea you’ve ever had you’d be a zillionaire, right? It’s sad that few ideas continue the journey, from seed to harvest. Most fizzle and die.

Words, that’s why. If you’re struggling to make your idea real, you may be using the wrong words.

Words – the right words at the right time – are the most powerful force in the known universe. Grand ideas are like seeds. Words, powerful words, take the seeds and launch them skyward. They turn plans into vision and on to reality.

And how did he do it? With words. He understood their power. Their potency. Writing in 1898 about the power of words and speech he said:

“Of all the talents bestowed upon men, none is more precious as the gift of oratory and verse… He who enjoys it wields a power more durable than a great king. He is an independent force in the world. Abandoned by his party, betrayed by his friends, stripped of his offices, whoever can command this power is still formidable”.

Winston’s life and accomplishments were nothing short of miraculous. Well written, an accomplished painter, often quoted, arguably one of the greatest orators of our time, Sir Winston was also awarded the Nobel Prize in literature.

But are words as important in business as in politics? Count on it.

Think about it. You think Apple Computer used lame-assed words to describe their vision? No. They used words like “revolution”, “destruction” and “liberation”. As a result, they are widely credited with bringing computers out of the office and into the home.

The power of words ignites change. Where, then, do you get ideas for change? Thoughts about how to simplify things and make them better?

You get them from your imagination. And how do you feed your imagination? With words, that’s how. Emily Dickinson summed it up beautifully with her profound ditty written in the 1800’s. She said:

“It is the imagination

They were challenging sessions to be sure. The team consisted mainly of hardened analytical types. You know them – people that can calculate anything, think the world is logical and linear and that emotion has no place in business. People who generally use only half of their brains.

One of the participants was a poet. He didn’t introduce himself that way, but he was. And he was brilliant. To this day, we still remember him describing the retail supply chain as a “meandering, sometimes-angry river”. (Think about how product flows through your supply chain in this context and see if you don’t agree).

His vivid description and words opened a new direction in thought and became the cornerstone of supply chain planning concepts that we espouse to this day.

The ideas had always been there, locked in the recesses of our minds. Sometimes it takes a masterful poet with the right words to supply the imagery and bring them to life.