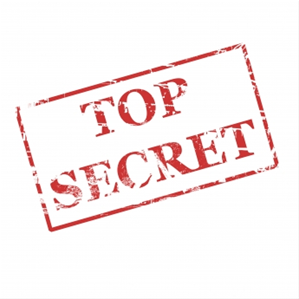 Do you remember the scene from The Sixth Sense when Cole (the telepathic boy played to eerie perfection by Haley Joel Osment) proclaimed, “I see dead people”? People that develop and implement brilliantly intuitive solutions are apt to say something similar…“I see connections”.

Connections… The ability to see relationships between seemingly unrelated things. If you research some of the most important changes in business, you’ll realize something startling. A number of significant breakthroughs, or innovations, happened as a result of making connections. Here’s a few classics:

You’d have to be living on another planet not to know who Henry Ford was. The inventor of the Ford automobile and one of the most influential thinkers in supply chain management and production planning, his brilliant innovation of the production line was a direct result of “seeing connections”.

Before Henry Ford made his important connection, the Ford Motor Company was a small, independent run-of-the-mill car company using the same production methods as everyone else in the business. It took 14 person-hours to produce one car chassis. That’s because each chassis was made by a small team, performing specialized tasks together and moving the entire car from one workstation to the next. Of course, at the time, that was the accepted norm.

One day, Henry Ford took a tour of a slaughterhouse and he noticed something interesting. He saw that the butchers were aligned in a row behind a long block table. The carcasses were moved from station to station on hooks suspended from a cable. Each butcher would take a particular cut from the carcass, then it would move to the next workstation. Ford was intrigued. He saw a connection between cutting meat and making cars. Boom! –the idea of the moving assembly line was born.

The results? Well, after implementing this new method of production, a chassis could be produced in 2 person-hours. That’s right – what previously took 14 person-hours, now took 2. All because Ford could see connections.

Fred Smith is another innovator who saw an important connection. He’s the founder of FedEx and the creator of the overnight delivery industry – an industry that, worldwide, generates revenues in the tens of billions of dollars today. As the story goes, Fred was a college student when he had the opportunity to see how a bank processed and distributed the enormous volumes of checks and paperwork they had to deal with. They used a central clearing house, routed everything back to one spot, resorted it and then sent it on its way. Fred was intrigued (notice how this intrigue thing is a common element). He saw a connection. His idea was simple. Apply the same concept to the delivery of important time sensitive letters and parcels. Things like computer equipment, electronics and critical documents. This time critical material could be flown overnight on airplanes when the skies were empty. A central sortation hub in Memphis, Tennessee would consolidate the material and create an exponential number of connections for relatively low cost.

You know the rest of the story. Today FedEx is a world leader in the express delivery market, the world’s third largest airline and one of the most admired companies in the world. But its beginnings could be tracked back to a young college student who saw a connection

Here’s a third example. Did you know that the printing press was voted one of the most important inventions in the history of mankind? Know who invented it? A chap named Johann Gutenberg. In something like 1450! Yup, over 500 years ago. His secret? He saw a connection. Legend has it that Gutenberg was in a winery one day. He noticed women crushing the grapes with their bare feet in large barrels. Then, as they got out, he noticed something else. When they stepped onto linen to clean their feet, the virgin wine left foot imprints, which quickly dried.

Aah, a connection! Why not use ink instead of crushed grapes? Why not stamp the ink onto paper? Gutenberg went to work. Soon the moveable type printing press rocked the world –and the sharing of printed material and knowledge was never the same since. Not only that, but the invention of the printing press led to other “connections”, such as the stamping press. And may other industrial inventions that used pressing or stamping.

Imagine if Johann didn’t like wine? Worse still, imagine if he didn’t see the connection? Can you see connections? Do you go aimlessly through life not really paying attention to things? Then, when you’re faced with the challenge of innovating, do you stare blankly into space?

Pay attention. Look for things. Ask questions. Think. And, above all, make connections.

Editor’s Note: This is the first post in the new “Secret Formulas of Supply Chain” planning brought to you by Demand Clarity.