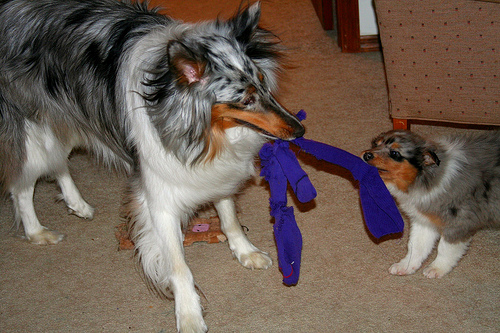 In February of 1996, for the first time ever, a computer defeated a reigning champion human player in a regulation game of chess. The chess champion was Garry Kasparov and the machine was, of course, IBM’s Deep Blue supercomputer.

However, Kasparov was quickly able to size up his opponent’s “playing style” and was undefeated for the remaining five games of the match (he won 3 and drew 2). Human superiority was restored, but that first win for Deep Blue was a warning shot across the bow.

After a year of tireless upgrading, IBM’s engineers felt they were ready for a rematch with Kasparov. In May 1997, they faced off again. This time, based on his previous experience, Kasparov came prepared to play against a computer opponent. Despite the extensive upgrading, Deep Blue was crushed in the first game.

Needless to say, Kasparov was quite confident going into game 2 – but something went wrong. After losing the second game, Kasparov insisted that Deep Blue started “playing like a human”. After repeated requests for IBM to provide the detailed algorithms for the game were denied, Kasparov lost the 6-game match 3.5 to 2.5. He became convinced that Deep Blue was aided by a competent, but not necessarily great, human chess player in game 2. After winning the match, IBM immediately mothballed Deep Blue and declined all requests from Kasparov for another rematch.

So did IBM cheat, or did Kasparov’s paranoia undo him? Most experts agree that Kasparov didn’t play to his potential in that tournament, but we may never know the truth. The point is that Kasparov knew that the combination of Deep Blue’s computing horsepower and human instinct was virtually unbeatable.

As retail supply chain professionals, it is often tempting to try to solve problems or address

challenges with sophisticated new technology. It can be comforting to know that software companies are working on solutions that will solve all our problems with the click of a mouse or the push of a button. While most of us know in our hearts that this is wishful thinking, we also know that, whatever the future holds, technological advances will play a major role.

But once a new technology has been developed, it’s available to everybody – including your competitors. So how can a retailer gain a competitive advantage over its rivals? Simply put, it’s not the technology, but how you use it. What if you decided to redesign and streamline your business processes, educate your people, then select and implement a technology solution that best supports the new way you want to do business?

While your competitors are “installing software”, you are transforming your business in a way that ensures there is a fit between people, process and technology – a combination that represents an unfair advantage over technology alone.