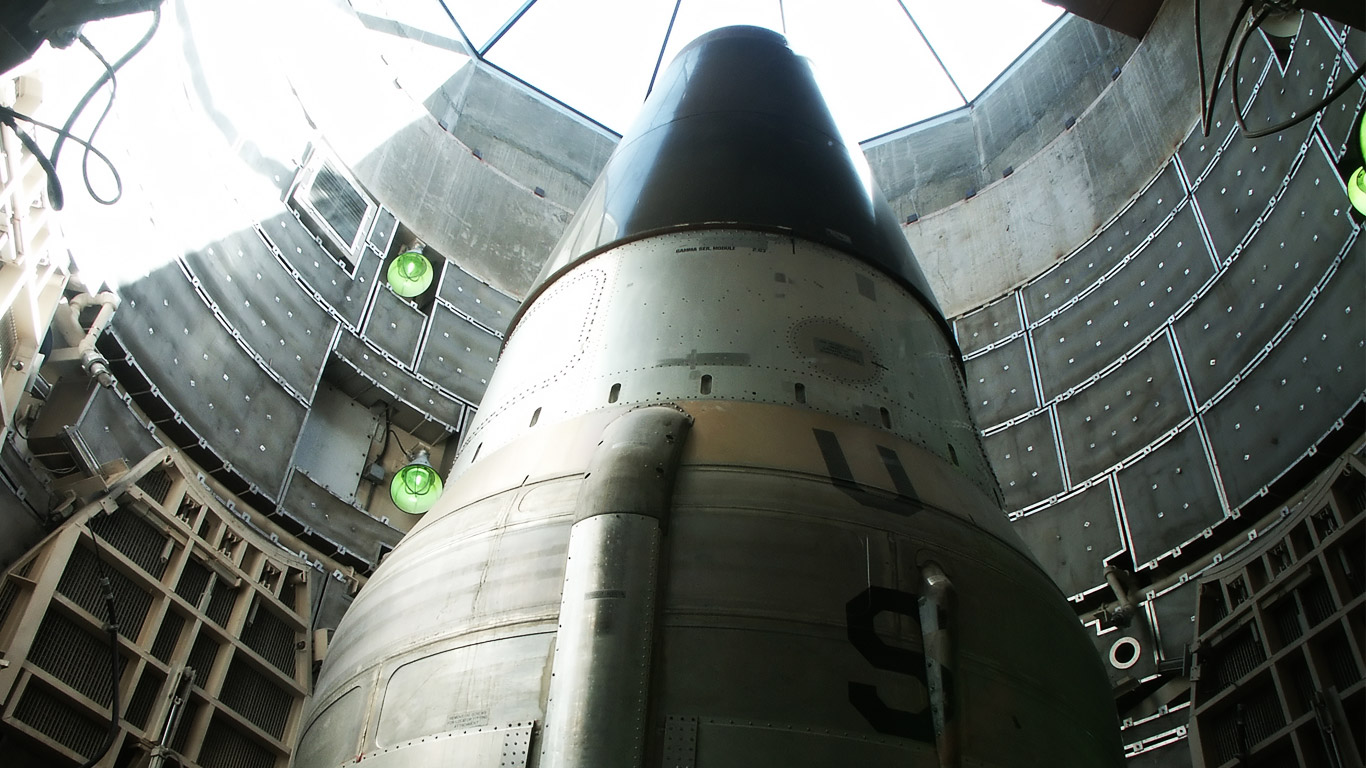 Recent testimony before Congress exposed an unsettling truth about America’s most advanced defense system. And while nuclear missiles may seem a far cry from our supply chains, the same disturbing fact undermines many supply chains, rendering them costly, sluggish and, if not remedied, obsolete.

It turns out that the technology underlying America’s nuclear capability, the launch, and control systems behind our intercontinental ballistic missiles and nuclear bombers, is… well in technology terms, ancient.

It emerged during testimony before Congress earlier this year that the basic system running our nuclear missile system is from the 1970s and uses 8-inch floppy disks.

Your supply chain technology may have more in common with the US Nuclear System than you think... Click To Tweet

The House of Representatives was briefed on the aging technology used by many agencies, including that used by the Department of Defense to control America’s most deadly and sophisticated weapons, the Strategic Automated Command and Control System (SACCS). The SACCS system:

America’s nuclear missiles are controlled by an IBM computer that is nearly 50 years old. No doubt the IBM Series/1 was a state-of-the-art system back in the seventies, but as early as the 1980s the system was no longer competitive and IBM withdrew it from the market.

Not good enough to run a small business in the late 80s, but just fine for managing a fleet of nuclear bombers and ICBM silos.

While many people were shocked by this news, others took comfort in the fact that the technology is so old it can’t be hacked.

Is Your ERP Business Technology Much Better?

Although the IBM Series/1 was not a general purpose computer for running enterprise apps, all this had me wondering, not just about hardware but about the software, including original design objectives, architectures, technologies, cost… Does that make sense today? How viable is it in today’s world?

After all, the roots of most enterprise software today goes back to the 1970s, the heyday of the missile juggling, IBM Series/1.

For example, Oracle was founded in 1977, with its application suite being launched in the 1980’s (“Oracle Applications,” Wikipedia). SAP was founded in 1972. Its roots are in Enterprise Resource Planning (ERP), which itself goes back to the mid-sixties (“Aging ERP,” Aberdeen, 2011).

The world has changed a drastically in just the last few years, from the internet, outsourcing and globalization, smart phones, social networks, IoT and big data. While certain sectors have made rapid progress, particularly in the consumer space, enterprise technology has lagged.

A Major Problem with ERP

ERP is enterprise-centric, and as Adeel Najmi wrote in his article The Dead End of Supply Chain Thinking:

There has been progress, and vendors have begun to embrace the cloud. But even this shift is superficial. Many of these changes are cosmetic, and don’t question the underlying enterprise-centric thinking, data models and architecture.

This stagnation is evident in the implementation and performance woes that continue to plague many ERP vendors.

According to IDC, the average cost of an ERP implementation is $825,000 (“Maintaining ERP Systems,” IDC, p3)

But implementation is only half the story.

Close to 87% of implementations require moderate to extensive customizations (Ibid).

These customizations not only add to the cost of the implementation, they also add significant risk. The risk is due not just to the possibility that the customizations don’t work as intended, but more importantly, that future upgrades will require the customizations to be re-implemented at substantial cost.

That’s a lot of resources and lost productivity not to move ahead, but just to stay in place.

The average cost of maintaining ERP systems is $1.2 million, but costs often run much higher.

The average cost of ERP implementations has been +/- $6.1 million with an average duration of 15.7 months. 58% exceeded their planned budgets, and 65% experienced schedule overruns. Click To Tweet

According to Panorama’s independent ERP research over the past five years, the average cost of ERP implementations has been approximately $6.1 million with an average duration of 15.7 months (but many big implementations go on for years). Of these projects, approximately 58 percent exceeded their planned budgets, and 65 percent experienced schedule overruns. Post implementation,  53 percent  of organizations achieved  less  than  50 percent  of  the  measurable  benefits  they anticipated  from new  ERP software. (“2015 ERP Report,” Panorama Consulting Solutions)

This compounding of costs, and poor performance, is leading to a growing discontent with ERP. 42% would not call their implementation a success.

These signs of dissatisfaction are evident even among the customers of brightest and best solutions. Nucleus Research recently released a report on a top ERP vendor that contains some stinging criticism.

“I would not recommend [ERP vendor] because of the lack of functionality. The underlying technology is inferior.” ERP Customer, Nucleus Research

“I spend most of my time on just maintenance for [ERP vendor] because it’s just a really old application. I don’t know why we have it.” ERP Customer, Nucleus Research

From Silos to Seamless Networks

The good news is that if your enterprise is running on technology with its roots in the floppy disk era, all is not lost. The emergence of network platforms offer companies the opportunity to continue to leverage the power of ERP and legacy systems, while reaping the rewards of a hyper-connected, and super-agile ecosystem.

An advanced network platform like One Network’s Real Time Value Network, will embrace legacy systems, synchronize data with trading partners, and enable real time visibility and collaboration across all parties. And the beauty of a network is that the technology is in essence a single implementation, with the cost shared among all members of the network. Companies get more advanced functionality for a lot lower cost.

From the state of technology governing our nuclear forces, one may get the impression that all technology underpinning the Department of Defense is hopelessly outdated. That would be a mistake. While there are certainly vintage systems in use, and well-publicized technology failures in the DoD and elsewhere, in some ways the DoD is at the forefront of the wave of innovation, and is implementing technology that most enterprises would envy.

One example is the U.S. Marine Corps’ ammo project, which provides global inventory visibility into worldwide assets across over 300 sites. The solution integrated with 192 legacy systems, supports 214 sites and over $6 billion in inventory, and went live in 5 months after the contract was signed. Under budget and on time, the solution won the Department of the Navy’s IT award.

The truth is, whether you’re locked in a missile silo or an enterprise silo, technology exists now that allows you to break out, connect, collaborate and create value like never before.