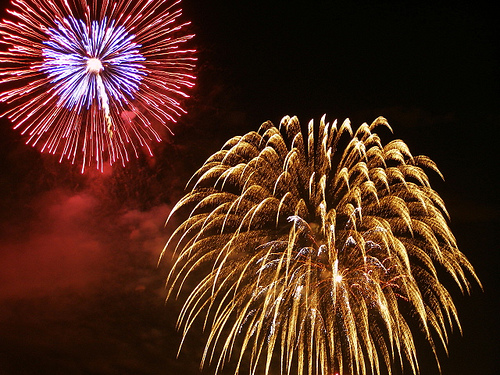 As 2013 comes to an end, we thought we’d take a look back at our five most popular posts of the year. If you missed them the first time around, here’s your chance!

The late Gordon MacKenzie wrote a brilliant book that highlighted this problem called, “Orbiting the Giant Hairball”. In it, he tells a story about going to schools to talk to the students about becoming an artist. In every class he asks the students to raise their hands if they are artists and like to draw. Of the dozens and dozens of schools he visited, the results were the same. Kindergarten and grade 1, all the kids raise their hands and insist that they’re artists. But as you go higher up in the grades, fewer and fewer kids admit to being artistic. By grade 6, no hands are raised. Not one!

So given that most business organizations are infested with grown-ups, how can they possibly come up with new, innovative ideas? (Read the rest here).

If you’re really serious about moving from a chain to a network, I highly suggest you take a good long look underneath the “clothes” your potential technology vendor is wearing. New labels and product names are a good place to start I suppose, but slick marketing can only get you so far. Moving from a chain to a network requires a fundamental shift in thinking and a completely new technology approach. (Read the rest here).

Do you remember the scene from The Sixth Sense when Cole (the telepathic boy played to eerie perfection by Haley Joel Osment) proclaimed, “I see dead people”? People that develop and implement brilliantly intuitive solutions are apt to say something similar…“I see connections”.

Connections… The ability to see relationships between seemingly unrelated things. If you research some of the most important changes in business, you’ll realize something startling. A number of significant breakthroughs, or innovations, happened as a result of making connections. Here’s a few classics: (Read the rest here).

4. Innovation and Transportation: What’s the Holdup?

Until now, transportation has largely been untouched by innovation for two reasons.  First is the inherent multi-party nature of the business.  Even the simplest transportation scenario has three parties—shipper, the consignee, and the transportation provider.  The problem is that traditional technology systems are not designed to manage multiple parties at the same time. For example, your TMS might help you manage your own operations, but shippers and consignees have their own separate systems that are creating plans and managing transactions. The result is three different versions of the truth—which causes problems.

The second reason for the lack of technological progress is that logistics and transportation providers remain siloed away from the rest of the supply chain, leaving them with little sense for what is going on upstream or downstream.  Stale data leads to stale results. (Read the rest here).

5. Should you Invest in a Supply Chain Control Tower?

This leads us to the second major limitation of a control tower—it does nothing to change the fact that your enterprise is using separate systems for planning, execution and business intelligence. Thus, even when a control tower provides a timely alert about an issue somewhere else in the chain, a human planner must still evaluate the alert, translate its effect on the strategic, operating and execution plans, and determine the optimal response. This takes a lot of time and effort—meaning that at best the latency between detecting a discrepancy and taking corrective action will be a full week, and more likely several weeks or a month. Thus, the limited visibility that control towers offer actually matters less than the fact that they lack decision-making technology, instead offering mere decision support. (Read the rest here).