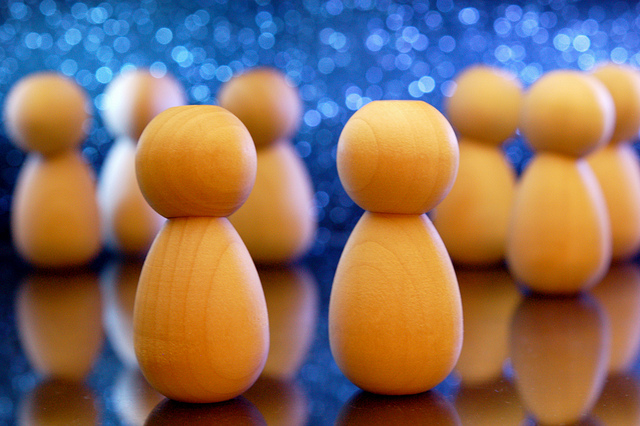 As a result, when tragedy strikes like an earthquake affecting Japan or flooding rains overwhelming Bangkok, automakers and electronics manufacturers are unable to identify which of the suppliers upstream in their value chain may have been impacted.

Or a personal health situation arises like a batch of peanut butter becoming contaminated with salmonella or children’s toys being contaminated with lead paint, where the regulators have difficulty identifying the source of the problem several tiers upstream in the supply chain.

The problem has been compounded in recent years as many of the world’s high tech, automotive, aerospace and consumer products leaders have outsourced design, assembly, logistics and sourcing activities to Tier 1 suppliers.  It is increasingly common to find that the company whose brand name is on a product never actually takes inventory of the item before it is sold to a customer.  When supply disruptions occur the brand owner, having outsourced its bill of materials to a Tier 1 supplier, lacks visibility into which companies in its upstream supply chain might have been impacted.

“The supply network application of the ESG is thus somewhat similar to how Facebook and  LinkedIn model their social networks.”

A social graph for the supply chain should visually depict all the linkages between buyers and suppliers throughout the world.  Thus when there is a massive recall required, as in the recent ignition switch problems at GM, identifying the supply network and drilling through based on also having full track-and-trace visibility to the items affected by the recall becomes a standard capability. The trouble is that historically companies have been reluctant to share information about their suppliers with their customers or the general public.

And while we’ve been somewhat focused on direct network participants, indirect participants like banks that specialize in trade finance or insurers that specialize in trade credit could also be modeled as part of the supply network graph. Visibility across the network into the relationships between importers, exporters, buyers and sellers of goods is a key advantage when processing millions of letters of credit, foreign exchange transactions and insurance policies.

In addition, 3PL companies such as DHL, FedEx and UPS should have a vested interest in becoming a key capability within a supply network social graph.  Given their extensive reach into multiple vertical industries, understanding the commercial relationships between buyers and sellers at multiple tiers of the supply chain should be central to their business strategies.

The supply network application of the ESG is thus somewhat similar to how Facebook and  LinkedIn model their social networks.

The Enterprise Social Graph(ESG) that we need would model the full network as a ‘web’ of connections; from the OEMs that design and manufacture product, to the contract manufacturers who build to the OEM specs, to the suppliers who provide the components, to the direct or indirect materials procured for manufacturing or packaging, to the ingredients used to make the product, to the various logistics hubs to move finished product to market, and finally to the retail customer. This is in contrast to the to the one-off relational database integrations in a traditional ERP deployment.

I think we are much closer to this type of ESG…what do you think?

In my next post we’ll look at Integrating Big Data and App Development Into the Social Supply Chain.